So, if you’re a developer/designer you may have noticed that our site does’t use WordPress or Drupal, but instead uses Joomla.  For those of you who don’t know what I’m talking about here, I’m talking about content management systems (CMS for short).  CMS keeps all of your pages in a database so that you can easily update content without knowing much technical skills.   A lot of people have a preference for different CMSes and I think they are all terrific for their purposes.  CMSes are definitely a lot better than straight HTML sites for most situations. 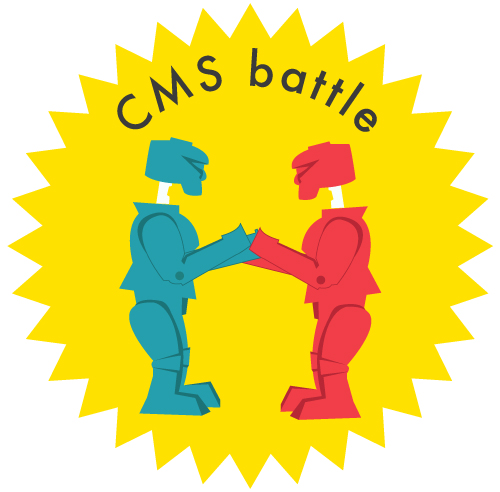 So, if you’re a developer/designer you may have noticed that our site doesn’t use WordPress or Drupal, but instead uses Joomla.  For those of you who don’t know what I’m talking about here, I’m talking about content management systems (CMS for short).  CMS keeps all of your pages in a database so that you can easily update content without knowing much technical skills.   A lot of people have a preference for different CMSes and I think they are all terrific for their purposes.  CMSes are definitely a lot better than straight HTML sites for most situations.

Joomla is a son of another CMS called Mambo.  Mambo community and the parent company had some major issues with its users and Joomla was forked (forked means that a copy was made, so that it could take a different path, just like a fork on the road!).  Similar story can be said for WordPress; it was b2 before it was WordPress.  To be honest, I don’t know as much about Drupal and its history; all I know is that it was born in a dorm room as a pre-Facebook web board system.

Structure of Joomla and its workings

So, back to the main point.  Why do we use Joomla?  For us, Joomla has good system structure.  It has three levels inside its workings:

In WordPress, any extension to the main system is called a “plugin” no matter what they do.  If you have a lot of them installed, it becomes confusing really fast.  This is especially true since it looks like there exists no convention on where settings are placed for what (sometimes under the Plugin itself, or in the “Settings” system).

Before continuing, let’s talk a bit about Drupal.  One of the plus sides of Drupal is that it excels out of the package as a CMS because of what’s called a Content Creation Kit (CCK).  Unfortunately Joomla by itself really doesn’t cut it as a CMS since its article component is definitely much weaker than the mighty K2.

What is K2?  It is the answer to Drupal’s CCK and I don’t know to what in WordPress (I haven’t had much luck with WordPress CCKs to be honest).  A content creation kit allows you to create a rich page with a specific template for each.  This means that your page doesn’t look generic and the same everywhere on your website.  Added benefit to using K2 is that you’re able to upload text, pictures, video and other information at once in a most concise manner specially tailored for your website’s needs.

In comparison, we find WordPress’s image system to be cumbersome. Let’s say that you wanted to make a simple blog entry; just a picture, some text with a couple links and extra talking points on the side.  In WordPress, you’ll first have to upload the image before you can make your post. In K2, all you have to do is press on “Add a New Item”.  If you’re interested, we go through that in our tutorial here.  The gist of it is, you can write, upload images (as a gallery) and put in information from a single click interface.  This is a lot less confusing than having multiple interfaces for uploading images and then making your post.

If you are putting in inline images (images that intermingle with your text), you’ll still have to upload them first/during your post creation process whatever system you are using, Joomla, WordPress or Drupal.

So, why is Designer X and Developer Y not using Joomla/K2 on their site?

Because Joomla has a bad rap.  A lot of Joomla’s code used to be nasty and written in a style reminiscent of a rat’s nest.  That’s all changed now especially from version 1.6 onward.  All of Joomla’s code is now written in a MVC (model-view-controller) form in an Object Oriented manner.  This means that code is clean and each function is separate from the other: presentation(view), logic(controller), and data storage(model). With the release of Joomla 3.0, the back-end interface will be all cleaned up and it should be more logical than WordPress. 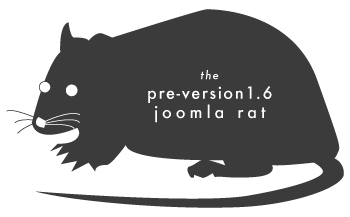 So if its improving so much, why aren’t people switching to Joomla?  Wordpress is easy for designer/developer wannabes.  You can install and configure WordPress in minutes and slap on a commercial theme someone else made in another 10 minutes.  Put in the right title, some stock photos and it looks like a website!  Unfortunately you just bought yourself a $500 bundle of the same crap everyone has.  Ever wondered why your site doesn’t get looked at?  Google is always looking for something unique in the wild so looking and being like someone else definitely doesn’t help you rank well on Google searches.  I will say this: Good WordPress sites are worth every penny.  What I mean by that is a good website is a good website no matter the platform.  Its hard for the common eye to distinguish between a good developer and a bad one because there are so many good looking commercial themes for those wannabes.

Good websites take more effort to design, develop and write content for no matter the CMS.  However, if you do get design and development right you will have something unique no one else has.

So, Joomla, WordPress or Drupal and why you should choose us.

Here at Y-Designs, regardless of the CMS you are using, we’ll put our best foot forward to help you.

It might be obvious from this article that we have a preference for Joomla/K2; we’re Joomla K2 developers after all.  We believe that it is the most flexible/customizable open source CMS product with the right structure.

We recognize that in many cases where the site structure is simple, WordPress can be a better choice and we do take that opportunity (Look at our Procare Academy Website).  With the right plugins WordPress is a wonderful CMS.

However, once the complexity and speed becomes a greater concern, Joomla comes out on top.  Our favorite non-profit, Living on One, and their site is built on top of Joomla.  The site required speed, and scalability beyond most projects and Joomla/K2 combo worked out really well for them. Along with great hosting from Pagodabox, the livingonone.org site didn’t flinch even under load.

Let us know if you want a site designed and developed!  We’ve built WordPress, Joomla and webapps from scratch too!